Here We Go Again: An Opportunity for Self-Control 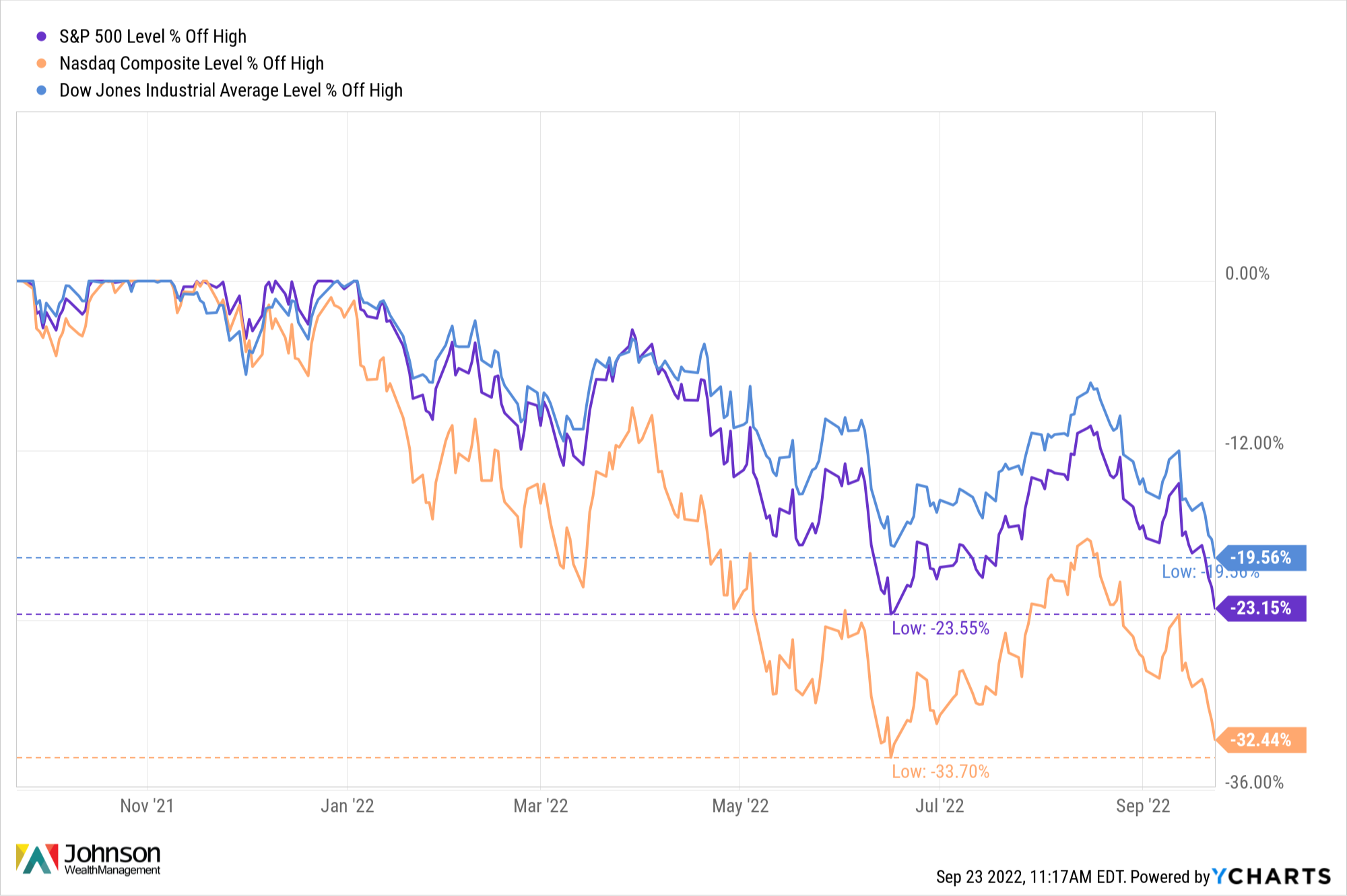 As of this writing, the markets are near the lows of the year again.

We may have slashed through them by the time this goes to publish, or we may have bounced off the previous bottom. Time will tell.

I have no idea when the market will stop dropping. Could be later today. Could be six months from now. No one knows.

You’ve probably heard the phrase, “Focus on what you can control.”

Now is the time to do that.

Nor should you be surprised.

You could argue, “Oh, I can! I control the markets. I can sell. I can make all kinds of changes to my portfolio and get out now.”

Sure, you could do that. And maybe you’ll be a hero, but you could also be a fool.

That doesn’t seem like self-control though. And that’s not being an investor. It’s the opposite of that.

The financial writer, Jason Zweig, in his The Devil’s Financial Dictionary, defined self-control this way,

SELF-CONTROL, n. The secret to success as an investor; within you lurk an angel, a devil, a scholar, and an idiot. If the angel and the scholar ever let down their guard, the devil and the idiot will wreak havoc that will take years of work to undo. Those investors who control their own behavior and abandon the futile effort to control the markets around them are the only ones who will ultimately prevail.1

The markets look devilish right now. Your portfolio likely looks like it’s been stabbed by a pitchfork.

But don’t let the devil or the idiot within you make it even worse.

Sometimes the state of being in self-control is not doing something. Keeping your mouth shut when you really, really, really want to say something to put that person in their place.

Or it could be not pushing Sell.

Sometimes the act of being in self-control is doing something. Like a parent who makes a loving and kind connection with a child after their child was just out of control—even though they themselves wanted to throw a childish temper tantrum.

Or it could be making proactive risk-management changes to the portfolio without sacrificing your future investment goals.

As a parent, though, I sure am happy after I’ve exercised it.

Take it from Zweig, the secret to successful investing isn’t luck. Or market timing.