No One Knows: The Reality of Stock Market Forecasts

If someone asks me, “What do you think will happen in the stock market the rest of the year?” my primary answer is, “I don’t know.” I can even answer more broadly (without pomposity, I promise): “No one knows.”

This goes for economic forecasts written by big banks or celebrity investment gurus. Investment firms have beginning of the year forecasts and mid-year outlooks, and all of them have their place, but one of the things to remember is that mountains of data, fancy charts, and clever sentence structure about the past and present and what that might mean for the near future does not promise it.

Nobody knows. Memorize those two words. Write it on a post-it note and stick it on your monitor or laptop when looking at your account value. Imagine the words floating on the forehead of your favorite talking head on CNBC, Bloomberg, or Fox Business.

This doesn’t mean that some predictions don’t end up being the correct ones. They do. And some individual forecasters or investment banks might even have a better track record than others.

But no matter how much you want certainty in making a particular investment decision and how much you desperately want other professionals to give it to you, you need to remember that ultimately, no one knows the future of any investment.

Take a lesson from one prominent stock market aficionado, Dr. Jeremy Siegel. He is a professor of finance and author of books like Stocks for the Long Run. Six days into 2008 he ran a column for Kiplinger titled “My Forecast for 2008”. Here are some things he had to say:

“Shares should have a good year, returning 8% to 10%. Stocks will rise as economic growth picks up in the year's second half and head winds from the credit crisis ease….Stocks are reasonably valued, even when priced against poor earnings. Once earnings increase, stock returns will be considerably better.

In case you forgot, 2008 and 2009 was the financial crisis, so his forecast was pretty much completely wrong. Stocks in the S&P 500 ended the year down more than 38%, and the financial sector was down a whopping 56%. 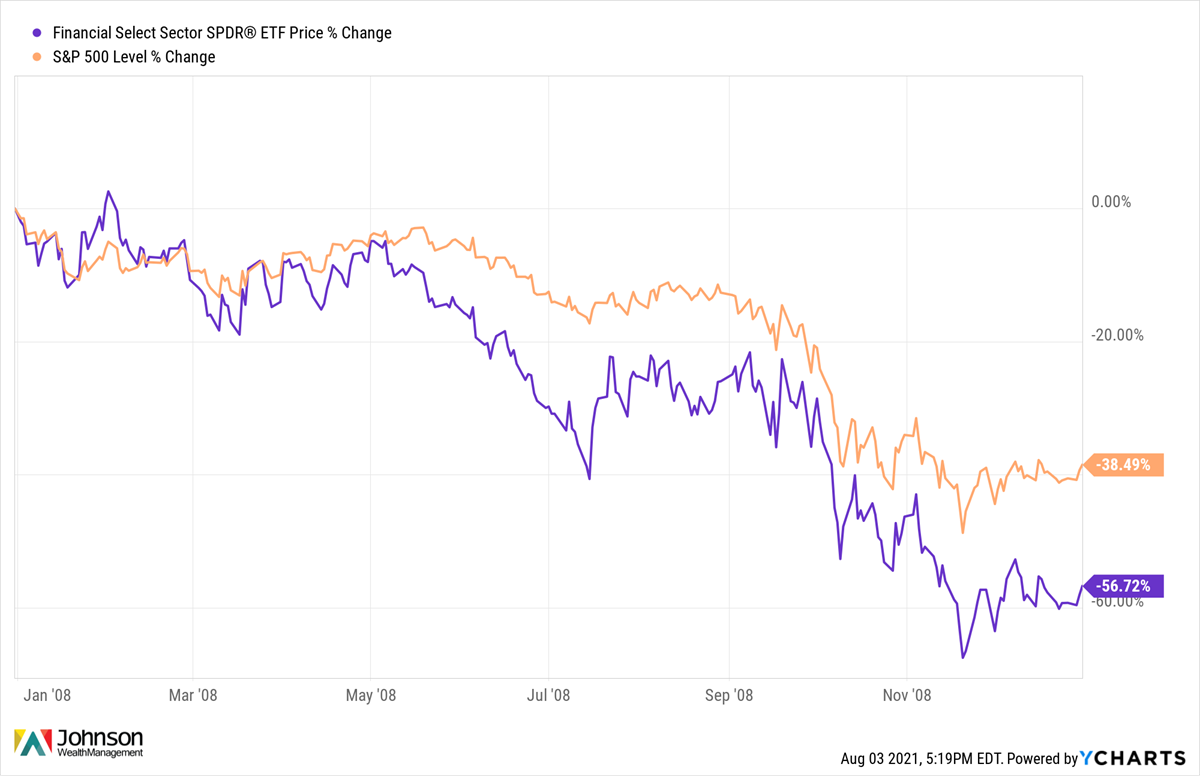 Does that mean Siegel doesn’t know what he’s talking about? Of course not. He’s light years ahead of me in financial knowledge. It is a good reminder though not to put too much weight on market forecasts even from those with fancy pedigrees.