Times They Are A-Changin’, So Stay Diversifyin’ 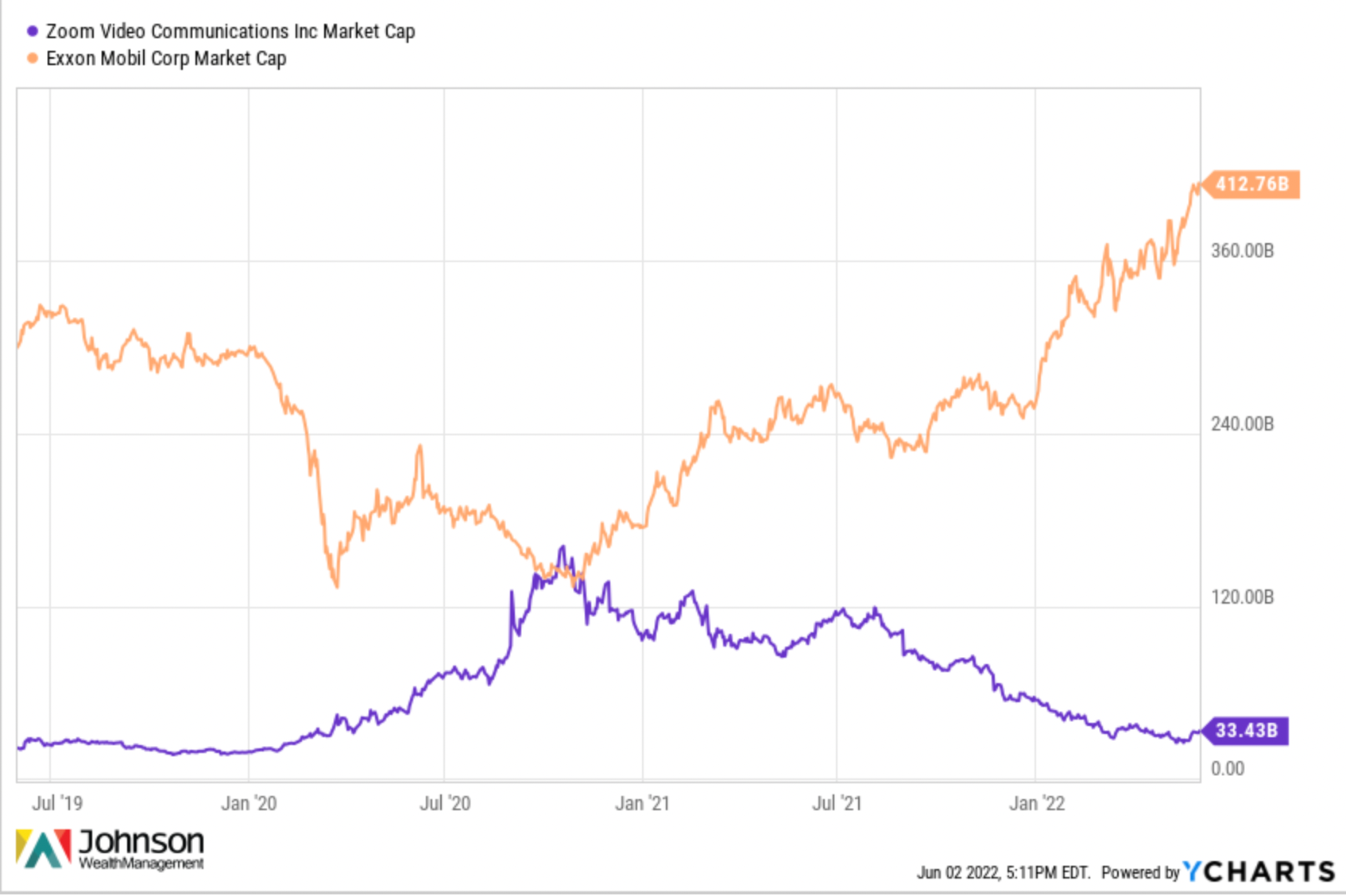 A great deal can happen in a short amount of time.

A pandemic can change the world and how we act in it so much that a company founded in 2011 can become a household name in 2020 and eclipse the market cap of a global oil giant named Exxon Mobil.

That company is Zoom.

We no longer Skyped or FaceTimed people, we Zoomed them.

And then a bit more than a year later, by mid 2022, XOM market cap is worth hundreds of billions more than ZM dwarfing it in comparison.

Change is certain. Things move forward and backward. Happens all the time.

An innovation that alters everything can disappear. For example, Apple’s iPod launched in 2001 and transformed the way we listen to music. Last month, the company announced that the iPod’s latest model, the iPod touch, has been discontinued.

Disappear is too strong a word, really. It was transformed into a better product, the iPhone. Blackberry, on the other hand, is the one that practically vanished. In 2010 it was around 43% of the smartphone market. Now it’s like an ancient relic of a bygone era. iPhone has replaced and exceeded where Blackberry had been.

Things can seemingly move backward too. For example, I heard a lot about buying clean energy companies in investment portfolios in 2020, and not much talk about oil companies. Investors may have had ethical or environmental reasons for that, but some of it is simply that we want the next-best-thing. And sometimes the next-best-thing doesn’t happen as fast as you want it to.

While a clean energy index like iShares Global Clean Energy ETF (ICLN) is down around 28% since the beginning of 2021, Vanguard Energy ETF (VDE) featuring top holdings of Exxon Mobil, Chevron, Conoco Phillips, EOG Resources, and Marathon Petroleum, etc., is up a whopping 140%. Here’s the thing, nearly the opposite occurred in 2020, ICLN was up 140% that year and VDE was down 36%.

I’m not going all Daniel Plainview on you and arguing for oil energy over clean energy, I’m simply reminding you that things change. Even if we are right on where the future might be headed and what might be for the greater good, change can occur with apocalyptic speed or a lengthy and arduous struggle.

To add an investor lyric into Bob Dylan’s tune:

Time’s they are a changin’,