The US Dollar: Imminent Demise or Continued Dynasty? 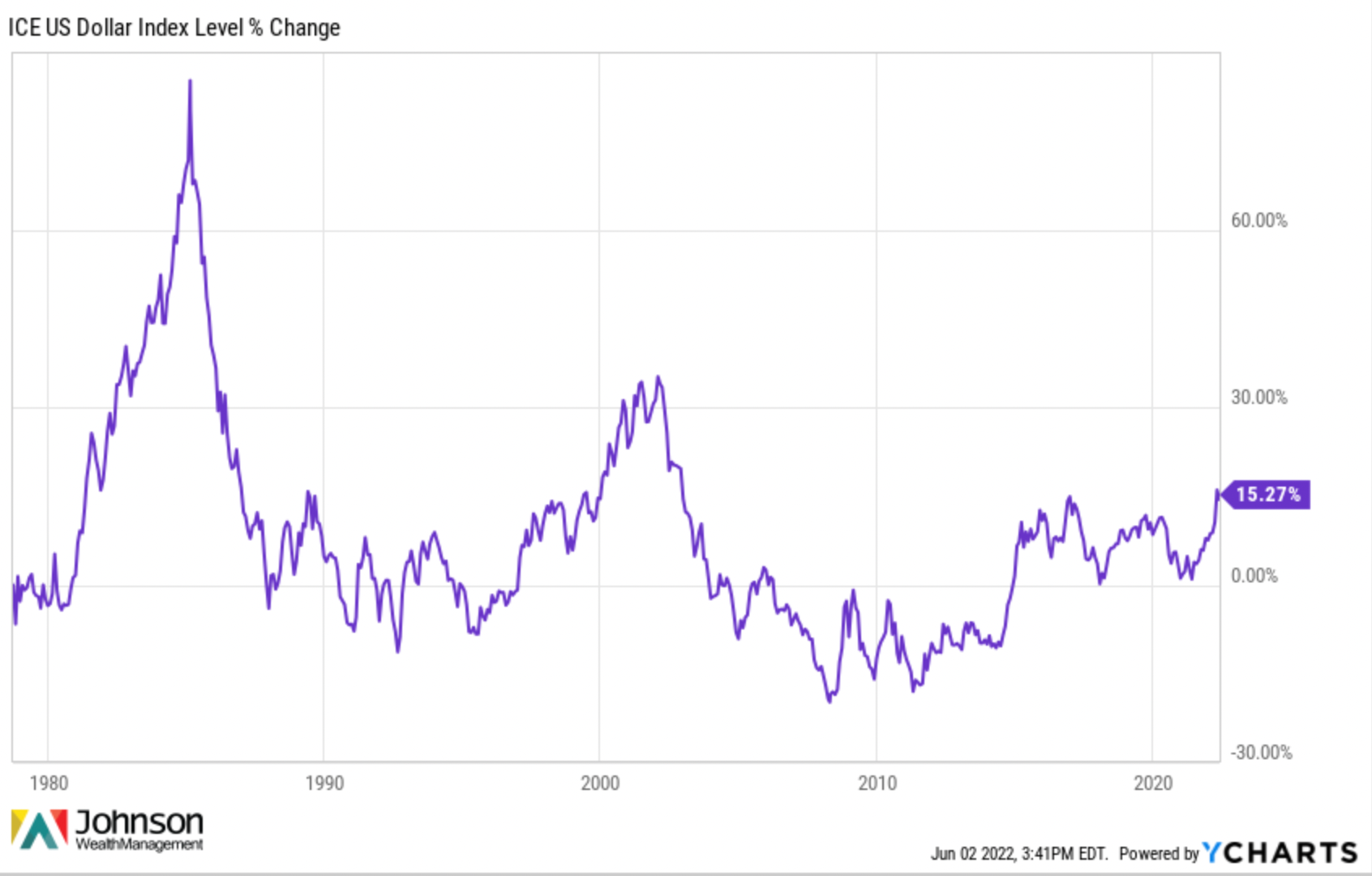 As a kid I can remember hearing about the demise of the dollar. This sounded bad being that the few greenbacks in my pocket were what I used to buy stuff.

I probably absorbed this from adults spouting their economic opinions that they learned from popular talk radio hosts of the 1990s. Now we have clients that ask us about what will happen to their portfolios if the US loses its reserve currency status.

I’m no economist, but it doesn’t take a rocket scientist to discern that due to internal and external factors, the outlook for US currency over the last several decades might not be bright. From the advent of the Euro, to the economic rise of China, to trade deficits and government spending, the dollar has taken a lot of punches.

The last few years of massive federal stimulus and a sharp dose of inflation hasn’t helped alleviate these concerns either. Famed investors like Ray Dalio and Stanley Druckenmiller have warned of the potential for the dollar to lose its primary status as the world’s reserve currency.

But there is good news.

To use a sports illustration, there are a few reasons to think that the dynasty of the dollar on the world stage may not be over. The US currency may be more akin to the 1990s Chicago Bulls, Brady-Belicheck’s New England Patriots, or—dare-I-say— Golden State Warriors of the present, than being well on its way to becoming the Super Bowl ringless Cleveland Browns.

First, in recent years the dollar has been rising. One common index that tracks the dollar against other currencies is DXY. It’s up quite a bit from the Great Financial Crisis of 2008, and I was surprised to see that while it’s nowhere near where it was in the early 80’s, it’s about 15% higher than it was from the day I was born way back in the olden days of 1978. Furthermore, the heartbreaking Russia-Ukraine war has demonstrated that the world still finds safety in the dollar.

Secondly, even the commodity bugs among us must recognize that many commodities themselves are traded in dollars. Kathy Jones, a Chief Fixed Income Strategist of Schwab Center for Financial Research, states, “Most commodities and many other goods are traded in U.S. dollars—oil, copper, and agricultural goods—to name a few. Investors need to hold dollars to trade in goods and services, and need to have a large and liquid bond market to in which to invest those dollars.”1

Lastly, there simply isn’t much competition. Allison Schrager, a senior fellow at the Manhattan Institute, admits that the dollar will not be around forever, but that as of now there is no other option:

…no viable alternatives yet exist to the dollar as a reserve currency. Very few currency and bond markets are as large and liquid as those of the U.S. Despite China’s efforts in the last decade to become a global contender, the share of global exchange reserves held in the renminbi is just 2 percent, compared with 60 percent in U.S. dollars. Odds are the renminbi will never take off, because the Chinese manipulate the value of their currency, which disqualifies it from reserve-currency status.2

60% is quite a lot considering that the next biggest world reserve currency is the Euro at 20% and every single other currency is in the single digits.3 Add to this the fact that “Nearly 90% of traders across the $6.6 trillion-a-day foreign exchange market still involve the greenback, bank for International Settlements data show.”4 The dollar remains the global champ in several metrics.

After all, what would you replace the dollar with? Former Treasury Secretary Larry Summers answers, “The dollar is fortunate in its alternatives. Europe is a museum; Japan is a nursing home; China is a jail; and bitcoin is an experiment.”5 We know based on history that empires come and go, yet historian Niall Ferguson has a good point, “…prophecies of the dollar’s demise, which people have been making since the late 1960s, keep turning out to be wrong.”6

Yet while the dollar may look like an aging veteran out on the court of the world stage…this currency’s still got it.

Like Tom Brady or Michael Jordan before him, just when you think the star might be exiting stage left, he comes right back.