The Power & The Peril of Dividend Stocks

Companies that are publicly traded tend to fall in two categories: dividend stocks or growth stocks. While the two can overlap, there are key differences. A dividend paying company takes some of their profits and gives it back to their shareholders (consistent cash to you now), while a growth company uses the cash to invest in future growth by pouring money back into the company itself (potential return to you later).

The highest dividend paying company on the DOW for some time has been AT&T. In recent years it has underperformed the overall market. If you would have bought it three years ago, the price per share would be off about 1/3 of its value. Ugly.

But there is more to the story. Since it pays dividends, the total return of the stock is only off about 5%. A much easier pill to swallow.

When one zooms out an entire decade, the power of AT&T’s dividends becomes even more apparent. While the stock price is off about 10% from where it was in 2011, the total return is up just shy of 60%. 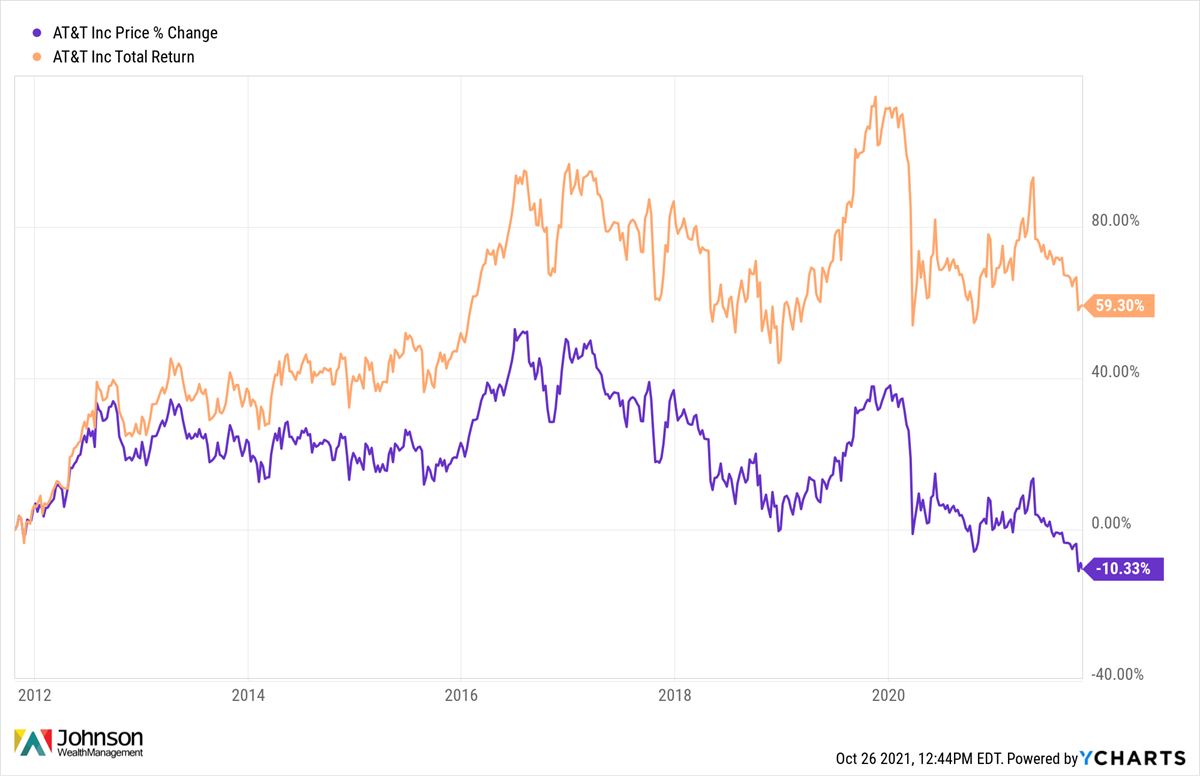 This is not a recommendation for you to go out and smash the buy button on T. Nor does it mean that dividend yield should be the sole reason you pick a stock.

Chasing yield can be perilous.

Dividend stocks can lose more than they pay over the long term, and dividends are not promised—they can be sliced, diced, and removed entirely (take for example, PG&E).

Even with these risks, AT&T (at least at this point) serves as a reminder that there is more to the story of a stock than just its market price. Dividends matter.

Total return can have a powerful impact.