The Cost of Giving Up 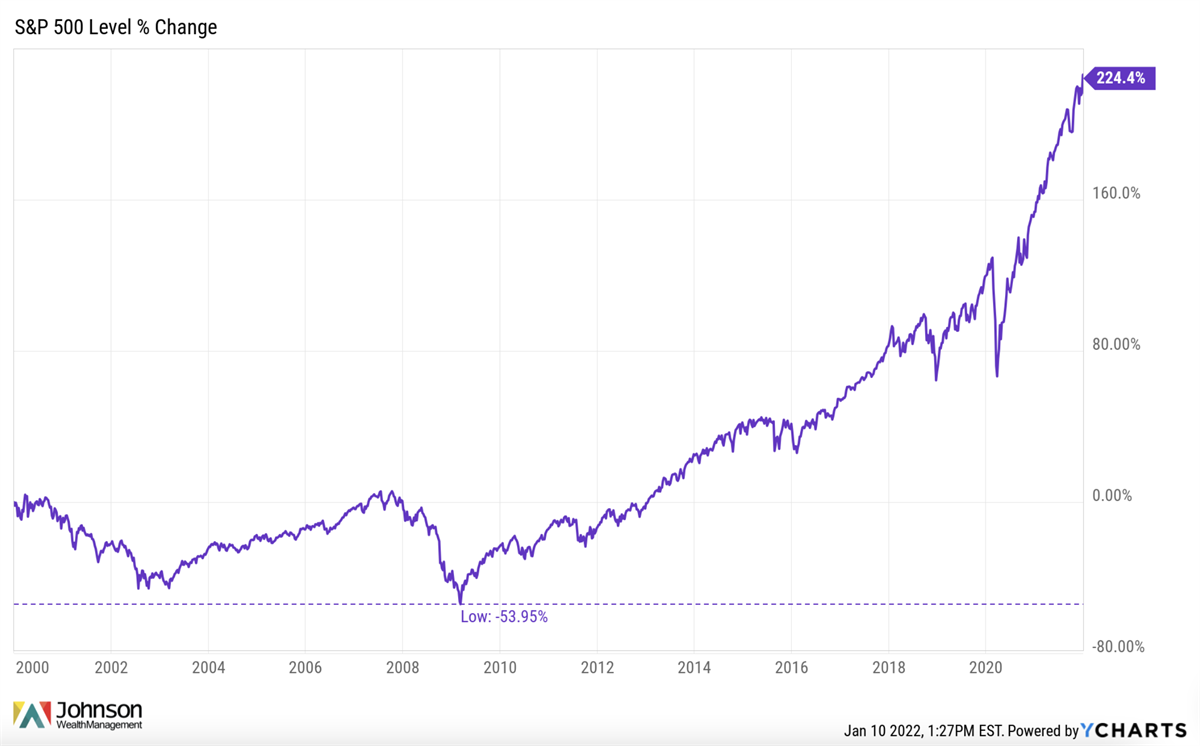 Imagine giving up on the stock market in 2008.

You spent the early 2000s investing. Even though you didn’t know much about stocks, you “did what you were supposed to do” and contributed to your retirement accounts consistently.

The first few years were ugly, as the S&P 500 was down the first three years of the turn of the millennium, but you kept it up anyway.

The annual returns of 2003-2007 finally turned positive. A few of them quite nicely. As your portfolio starts to get back to even, you think, this investing thing is finally starting to turn around.

And then it all came crashing down. The Dow Jones Industrial Average had a negative calendar year return of nearly 34%. And was a lot worse than that along the way. The S&P 500 lost more than half.

I’m done, you think to yourself. My investing days are over.

You sell every mutual fund you ever owned and decide to stick with cash and FDIC insured CDs. Maybe you add a bond or two and a few bars of gold.

Until you don’t a few years later.

You start thinking about investing again.

You almost call your financial advisor in 2015, but never could quite pick up the phone. You’re glad you’d didn’t because by the end of that year the markets were off one percent from where they started.

That’s one percent less than the safety of my bank account, you think. It hardly pays anything, but it doesn’t go negative!

And then those doggone stocks were off to the races again. A return of 10% in 2016 and almost double that the following year.

It’s too late to get back in now. The good returns are gone. Surely this bubble is about to pop.

The party is over. Finally.

Is this a bubble? You wonder. Maybe not?What if it continues?

2020 arrives and the world changes with the COVID pandemic. The market drops hard losing more than a third, but you have more important things to worry and about than investing. By the time you can catch your breath between taking your mask on and off, months have gone by—you never bought the dip—and 2020 ends with the market up 16% higher than it was before the year began.

This stock market doesn’t make any sense. Does the world make sense?

Another year goes by, and you remain uninvested. 2021 finishes up a whopping 27%.

Some financial guy posts a chart on his blog that shows what the S&P 500 has done since you started investing back at the beginning of 2000 and after you stopped. It looks like the chart above.

All you can do is shake your head and mumble under your breath.

Lesson: Investing in the stock market is hard.

So is not investing.

Get a plan. And execute.