The Anniversary of Black Monday 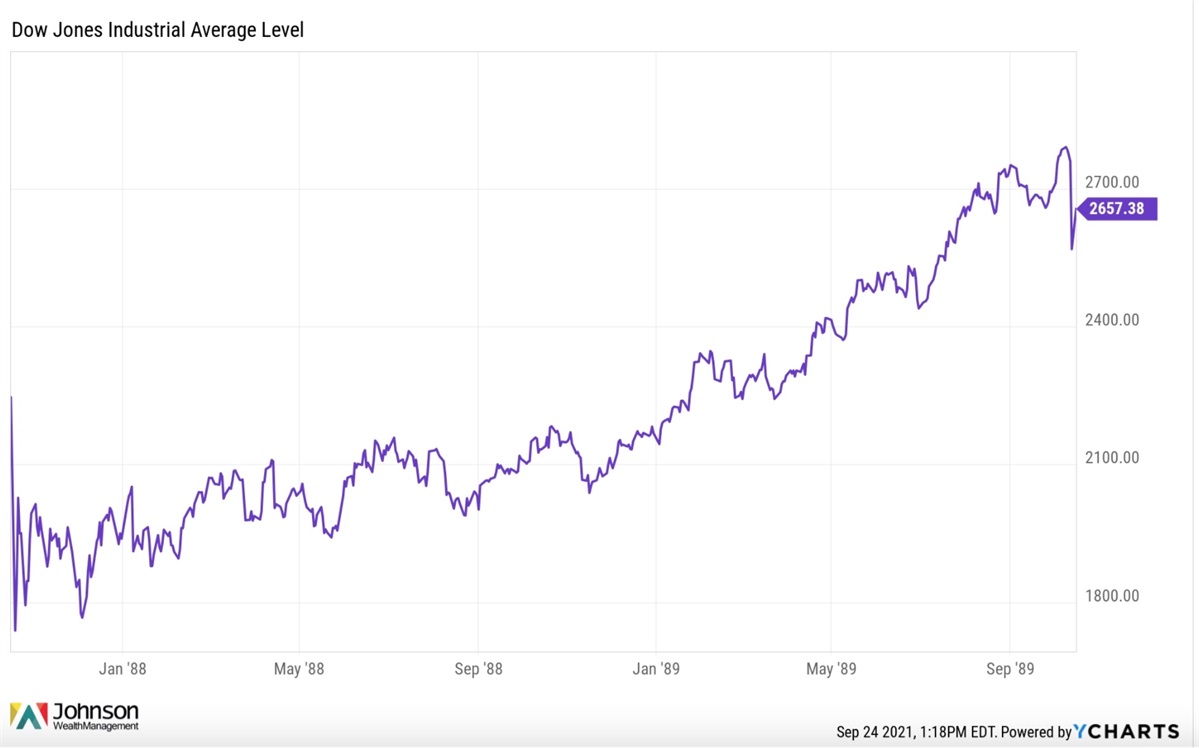 Unsettling. And guaranteed to give you “a bad case of the Mondays.”

Something similar would have happened if all your portfolio was in the Dow Jones Industrial Average on Black Monday, October 19th of 1987. Tomorrow is the anniversary of that infamous day.

There is something worse than watching your value plummet.

The world didn’t end on Black Monday. In fact, as the above 2 year chart reveals, if investors would have held on for just two years their investable assets would be worth significantly more than the Friday before that ugly Monday. It would have been only a year and a half or so to get back to even. A year in a bad market feels like dog years, yet in the scope of 1 investing lifetime which is composed over decades, a few years is a blip.

Is it easy to hold? No. Does this mean one should never sell? Same answer. Every situation and investor are different but selling in the worst declines is normally the worst time to do so.

And I hate to tell you this, but when something similar happens again, you are going to forget. Write that down!