Reaping the Rewards of Technology While Resisting Technopoly 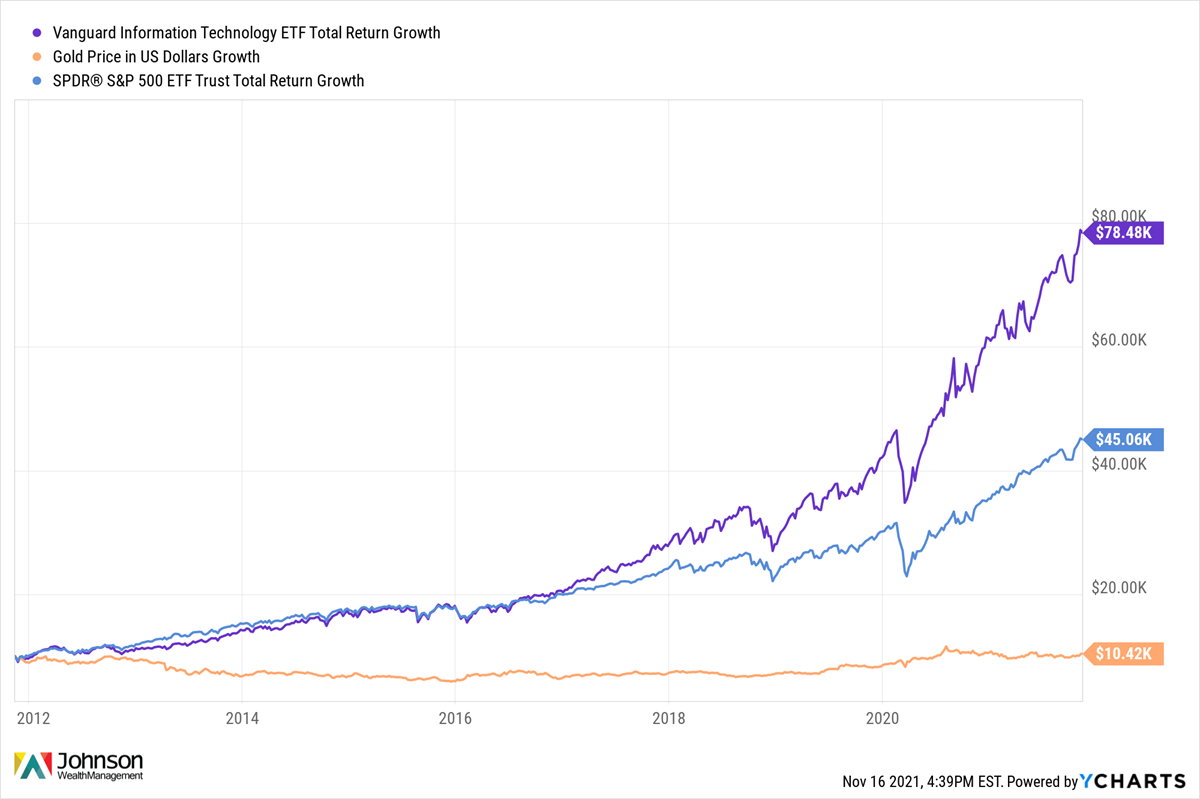 I’m a sucker for the latest upgrade. Its tendrils spread throughout the course of my day.

It’s hard for even the technically challenged among us to not love technology at least a bit when their retirement portfolios have likely reaped massive gains from it over the last decade. As the above chart reveals, the tech sector has outperformed the overall market substantially.

If one would have put $10,000 dollars in the Vanguard Information Technology ETF in November of 2012 it would be worth approximately $78,480 ten years later. While putting the same amount in an ETF of the 500 or so biggest companies in America (some of which are tech companies) would only (ha!) be worth $45,060. Investing in tech stocks has made an investment in gold over the same amount of time look more like dirt. Well, I stand corrected, dirt with $420 extra dollars in it.

Out of control technology can lead to dehumanization. In the words of social critic Neil Postman, technological societies can become a Technopoly where “the submission of all forms of cultural life to the sovereignty of technique and technology” take place (p. 52).

Since we are entering the Christmas season and because our team at Johnson Wealth Management believes money management involves managing people, considering how we can resist the downside of technology seemed an appropriate reflection going into the end of the year.

Near the end of his book Technopoly, Postman defines the kind of people who would resist technological overreach. They are those…

who refuse to accept efficiency as the pre-eminent goal of human relations;

who have freed themselves from the belief in the magical powers of numbers, do not regard calculation as an adequate substitute for judgment, or precision as a synonym for truth…

who are, at least, suspicious of the idea of progress, and who do not confuse information with understanding;

who do not regard the aged as irrelevant;

who take seriously the meaning of family loyalty and honor, and who, when they ‘reach out and touch someone,’ expect that person to be in the same room;

who admire technological ingenuity but do not think it represents the highest possible form of human achievement. (p. 184)

Technology has placed nearly magical tools at our fingertips, reaped investment rewards in our portfolios, and can also be worth resisting its potentially harmful effects in our lives.